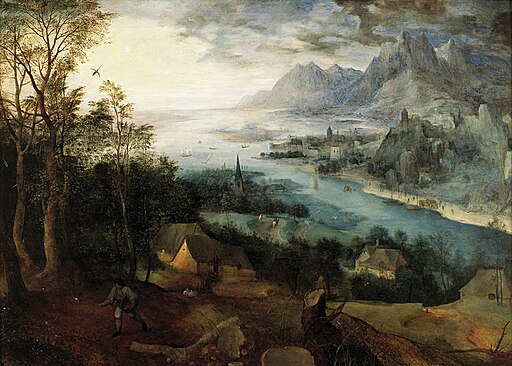 “Therefore I speak unto them in parables: because they, seeing, see not; and hearing, they hear not, neither do they understand.”

So spake Jesus to his disciples when they were puzzled because he did not preach openly and plainly at all times.

Many of those who came to Jesus did not want to learn of him, did not want to understand, and because they wilfully opposed themselves to his teaching Jesus made no effort to turn them from their obstinacy.

One of the first of these parables was spoken as Jesus sat in a ship in the Sea of Galilee.

He refers to a man sowing seed. In picturing the scene we do not think of a nicely prepared English field with well broken up soil, no great stones of boulders cropping up here, there and everywhere, not a weed to be seen over the whole expanse; but rather we see a hillside scattered over with rocks, with clumps of thornbushes, with here and there a hard worn track, whilst between these lie patches where the wooden plough has scratched shallow and irregular furrows. We do not picture a seed-drill moving steadily along, dropping seeds regularly in long, equally space lines; but rather, picture a man carrying a bag of grain in front of him, and scattering handfuls to the right and left as he walks.

The seed was good, the sower did his work faithfully, but as you would imagine from such a method upon such a ground, the result would be very uneven. For as the man sowed some seeds fell by the wayside, where the earth being hard and trodden, no lodgment could be found for the seeds. No sooner had they fallen but the birds devoured them. Other seeds fell among the stony and rocky places, where they took root. But there being little depth of earth the roots could not penetrate to the lower layers where the moisture is retained, so that when the sun arose they were scorched and withered. Yet other seeds fell among thorns. But the weeds grew more quickly and choked the corn. And some fell upon good ground and brought forth fruit, some an hundredfold, some sixtyfold, some thirtyfold.

Now what did Jesus mean by this story?

It teaches us that the Word of God (which is the seed) is not received by all who hear it in the same way. Jesus says that there are some who are likened to the trodden and hard pathway, who will not trouble to give the Word a second thought. They just pass on their way caring not for it. Then, just as the seed which fell among stony ground found a little lodgment and sprang timidly up, so there are some who hear the Word of God and joyfully receive it, but soon, when those of the former class taunt them, or jeer at them, or they have to endure hardship, they give it no more place in their minds, and they soon forget all they have heard. There are also others who hear the Word, but are over anxious as to what they shall drink, or wherewithall they shall be clothed, or being rich use their riches for their own gratification, in pleasures and amusements, and thus the good seed is speedily choked and finds no permanent place in their thoughts. But those who hear the words and obey them cause their lives to be moulded by them. They do the same kindly deeds that Jesus did, they are meek, pure in heart, peacemakers, merciful, righteous and faithful in tribulation. These, like the good ground, bring forth fruit.

From The Life of Jesus by W.R. Mitchell

The Bible can help to bring about peace of mind. I

The Bible doesn’t beat around the bush when it t

The Bible is full of stories of loyalty, love, cou